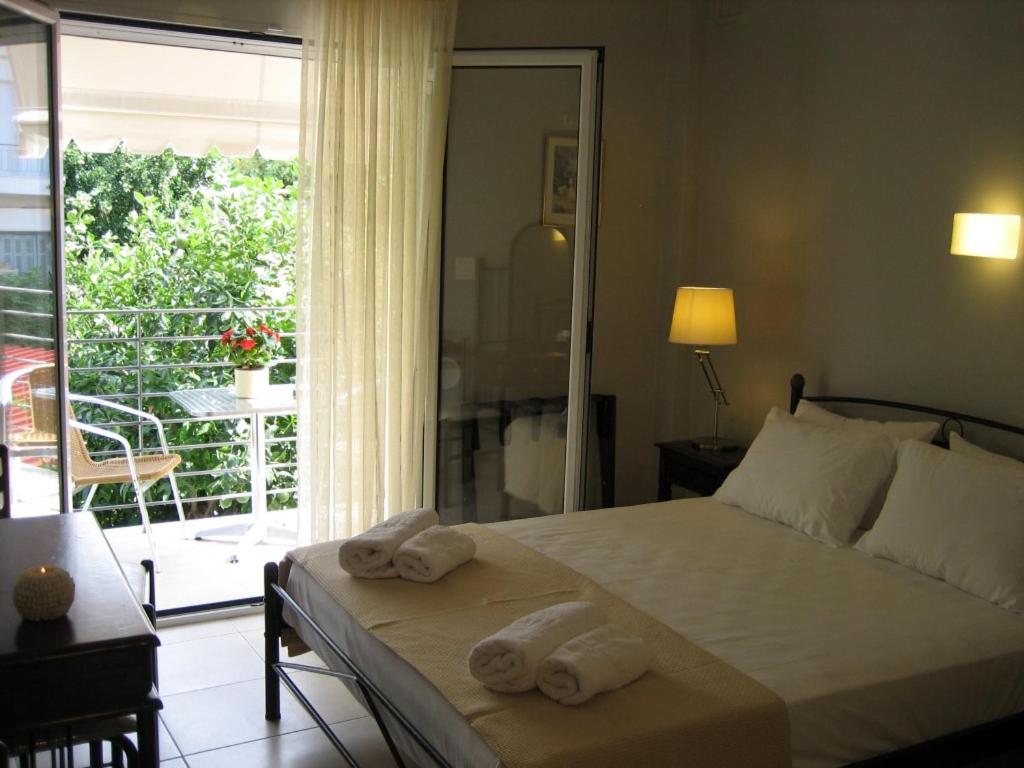 Anemoni Hotel in Loutra Edipsou is located in the north on the beautiful island of Evia in Greece. Situated just 100 metres from the beach.

Anemoni Hotel in Loutra Edipsou was completely renovated in 2008 and has been providing a modern and friendly environment ever since. It provides all the amenities a modern traveler needs. The spacious lobby and dining areas are air conditioned and the beautiful bbq garden can be freely used by our guests.

Our hotel has a spacious and bright living room with comfortable sofas and a unique aesthetic. You can watch your favorite TV show or listen to music with your friends.

Hotel Anemoni offers fully renovated rooms with an emphasis on quality materials and functionality. All rooms are air conditioned, equipped with fridge, TV and balcony.

Also apart from the classic rooms, premium rooms are available with their own kitchenette and utensils. The hypo allergenic mattresses and quality garments will ensure a comfortable stay for even the most demanding visitor.

The garden with lemon trees and large medlar tree is the quiet corner of the hotel, away from the fuss of the street. Here you can relax all day long.

If you are visiting the spa town of Loutra Edipsou, book a stay at this beautiful hotel today.

Hotel in Loutra Edipsou, located in a beautiful spa town on the north of Evia Island.

The area of Edipsos is inhabited since the ancient times. The richness of the sea and land in northern Evia, in conjunction with the healing and soothing properties of the hot springs of Edipsos made it a destination of relaxation and rejuvenation up until today.

The myth says that the goddess Athena asked Hephaestus to create the spas for Hercules to have somewhere to rest after his famous feats.

Numerous historians and philosophers of the time refers to the rich social life of Edipsos culminating in Roman times when emperors such as Hadrian, Marcus Aurelius, and many others enjoyed the “miracle” waters and rich delicacies.

The Roman general Lucius Cornelius Sulla left his mark on the place and still preserved are the remains of the baths originally made ​​for his treatment.

Edipsos was lost from the map during the Byzantine and medieval times as bath therapy was considered pagan custom and reappears in the early 20th century when the first historic hotels like the Thermae Sylla, Aigli, Ayra, Heraklion and many others are build.

At the same time the first organized spas were build to meet the demand of the growing number of bathers. During this important era celebrities of the artistic, business, and politics world enjoyed relaxing baths in the blooming small town.

War came to remove some of the glam of cosmopolitan Edipsos without causing total destruction as the city hotels were used by the Germans as military hospitals and so survived.

The end of the war brought an unprecedented boom to Edipsos which is no longer limited to the boundaries of the Greek state but attracted people from around the world.

Winston Churchill, Greta Garbo, Aristotle Onassis and Maria Callas are some of the celebrities that chose to spend their holidays in this beautiful resort.

Looking for things to see and do on this wonderful island of Evia? click here.

Things to do nearby 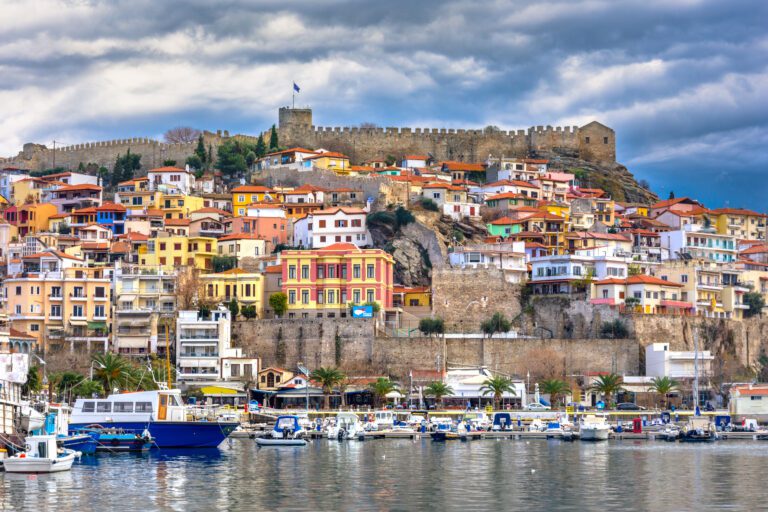